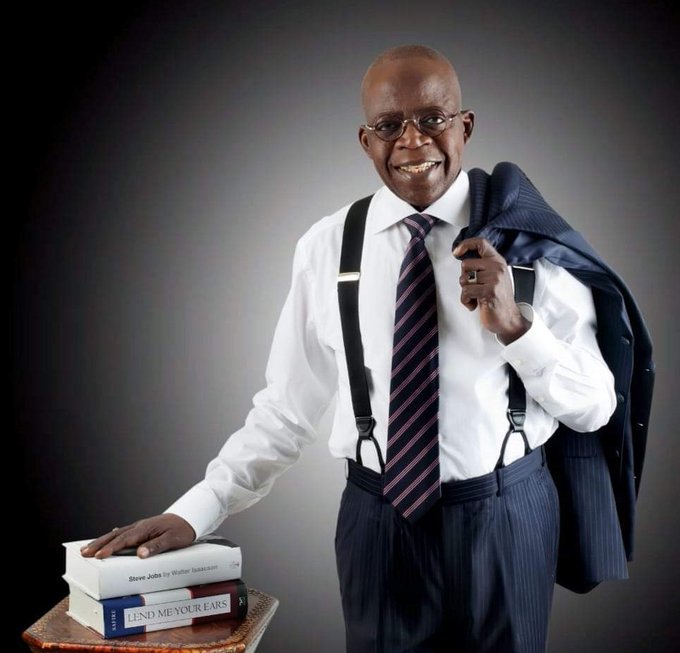 TINUBU UNVEILED is a Brief Documentary of the Life, Journey and Achievements Asiwaju Bola Ahmed Tinubu (JAGABAN), the Presidential Candidate of the ruling party, All Progressives Party (APC)

“Lagos needed a thinker, a visionary, and a modernizer at the helm of affairs. Bola Ahmed Tinubu came along. From a poor background, he struggled to read and travelled to the United States in search of the golden fleece,” the narrator says.

“As proof of his brilliance from early in life, he made the honours list of Richard Daley College. He subsequently transferred to the Chicago State University, Illinois, graduating with honours in 1979 and earning a Bachelor’s degree in business administration, accounting and management.”

Kunle Adedayo, co-founder of Tastee Fried Chicken (TFC), in the documentary, said he was a year ahead of Tinubu at the CSU, adding that the former governor was an “exceptional accounting student”.

On his part, Pius Akinyelure, former director at Mobil, spoke on Tinubu’s performance at the oil company.

“Bola Tinubu came to us late 1983 in Mobil Oil Nigeria PLC to attend an interview for the position of an auditor in our audit department. He did excellently well and we had no choice than to offer him the job. He came in and his performances were excellent. He thinks ahead of his time,” he said.

The former Mobil director said Tinubu was a choice candidate expected to become finance director of the company at the time the latter expressed his interest in politics.

“He was adamant and said he had to go. We then said to him ‘for the excellent job you have done here, if you had to go and you lose, please come back to your job’. He left. The remaining is history which you all know today,” Akinyelure added.

The documentary also features the APC candidate’s achievements as a senator after winning the 1992 election on the platform of the Social Democratic Party (SDP), as well as his role with MKO Abiola during the presidential election in 1993.

He is described as “one of the fiercest opponents of the annulment” of the 1993 election, with the narrator adding that “he had to flee the country for his dear life”, after he was charged with treason by the military government over his role in opposing the annulment of the presidential poll.

His wife and children are said to have been “smuggled out to exile”, while Hafsat, Abiola’s daughter, is shown in a video kneeling to “greet Tinubu” for remembering her parents for the “price they paid”.

The documentary features his achievements as governor for eight years, including in security, waste collection, health, education, and the economy.

“No elected governor in this dispensation since 1999 in Nigeria equals the vision, vigour, and vitality that Bola Tinubu brought to governance,” the narrator adds.

The video has Tinubu’s comments on the January 2002 bomb explosion in Lagos, as well as video recordings featuring President Muhammadu Buhari — who described him as a “political strategist” and “true humanitarian” — and Vice-President Yemi Osinbajo, who referred to the former governor as a man that has spent “30 years of his life in creative and catalytic public service”.

On his part, Tinubu said his efforts as Lagos governor were in line with creating a path of sustainable development for the state.

“What I set out to achieve for myself, I am achieving it. I’m achieving success, I’m an architect, a builder, and a developer bunched into one. The architecture of the vision in public sector governance, I know it very well,” he said.