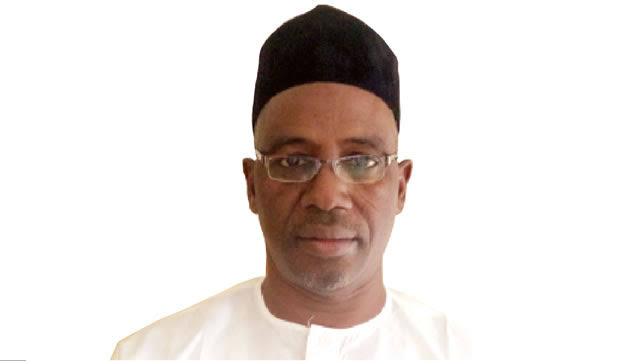 The Bayero University Centre for Research in Nigerian Languages, Translation and Folklore Team recently translated some Science textbooks into the Hausa language. The Secretary of the team, Abubakar Yusuf, in this interview with TED ODOGWU, explains how the team achieved the feat
When did you start the project?

I cannot precisely confirm the exact year the project started, but I perceive that it started early in 2018, during which the project lead invited some colleagues from the faculties of education, engineering and those from the Centre for Research in Nigerian Languages and Folklore, where Hausa is being taught to commence the scripting of the basic science textbooks in Hausa for easy assimilation of students, whose mother tongue is Hausa.

How many are you in the team?

We are 10. As I told you earlier, we were selected from the different faculties of the university, such as the Faculty of Arts and Islamic Studies, Education and Basic Sciences.

What motivated the team?

We came to realise and understand that learning, assimilating and understanding will be a lot more effective if we use the Hausa language, which is the mother tongue of our students, than using the English language, which they also find difficult to assimilate because they have to, first and foremost, learn English, which will take some time to understand.

We also discovered that when we use Hausa language to teach our students, they easily understand and become very excited, as well as willing to answer questions on the subject taught. We don’t want to impose the English language on them, which they find difficult to learn because it is a second language.

We also understand that if we teach the younger ones in their mother tongue, they find it easy to understand what they are taught. That is exactly what motivated the team to produce the textbooks.

If the Federal Government requests to see samples of the book, they will be hurriedly sent to the authorities for scrutiny. And if approved, the books will be produced in large quantities.

Meanwhile, the BUK management has started a discussion with the National Education and Research Development Commission, which is responsible for the textbooks used in primary and secondary schools in Nigeria, on the acceptance of the project and its subsequent approval. We have already availed them with copies of the books, which they said required some time to research, study, make amends, if necessary, before taking appropriate action.

Some subjects lack direct translation or meaning in our indigenous languages. Can you cite examples? How did you overcome the challenge?

It is a normal challenge. For example there is no Hausa word for cup. So we rephrased it as Cupu, same as mangoro for mango, etc. We will adopt same strategy in interpreting words that do not have direct translation in Hausa language by indigenising the original English word. We will also make use of the strategy adopted by China, Germany and some other countries, which focuses on the use of the mother tongue to teach in institutions of higher learning.

We have already commenced the critical scripting of the Human anatomy (structure) in the field of Medicine in Hausa. Maybe the medical name originated from Italy, France or Greek, but what we will do is to adopt the word and rephrase to tally with Hausa language by indigenising it. This is the exact approach we have adopted to overcome such challenges.

What we have done for now is to juxtapose the pages with the Hausa and English versions of the books for easy assimilation and understanding. The idea and reason is to simplify it for learning purposes, as the Western World has gone far in learning and teaching of science-based courses. Most of our students are now conversant with both the English and Hausa versions. The English version will be phased out in due course.

How will your efforts encourage the teaching of sciences in the country, particularly in the North?

From our studies and observation, we have seen that the developed countries got to where they are today by first deploying the mother-tongue in teaching their youths the basics in the sciences. So why can’t we do the same thing in Nigeria?

If Nigeria truly and sincerely wants to develop, we must adopt the use of our mother-tongue in teaching and learning. This has proved to be very effective.

By scripting the basic Sciences in Hausa language, it will, by the close of the day, attract more up and coming Hausa youths to study science-based courses. What we did was to script the textbooks from the Education curriculum. We adopted words that didn’t exist in Hausa and indigenised them to tally with our traditional learning environment.

Did you get any support from government or any organisation, local or foreign?

So far, we haven’t received support from anywhere. But we believe it will come. We have contacted and commenced discussions with different groups and organisations, including state governments, toward financial assistance on the project. We are targeting the core seven Hausa states in the North-East and North-West states, such as Kebbi, Zamfara, Sokoto, Katsina, Kano, Jigawa, and Kaduna. These states, which are 90 per cent Hausa-speaking, are currently being wooed to explore the possibility of embracing and facilitating the mass production of the textbooks.

Already, somebody has contacted me, requesting the mass production of the books. I told him to hold on, as we are awaiting the approval of NERDC, which will signal the commencement and printing of the textbooks, including a similar version, known as Kimiyya Da Fasaha for Primary One to Six, in Hausa. In the very near future, the project will be extended to universities.

When we started, it was not challenging. We had education experts who were co-opted into the project. They are conversant with the curriculum and know how to teach it. Also, there were experts in science and English Language, who contributed to the success of the project. In addition, experts from the Centre for Research in Nigerian Languages Folklore, who are members of the team brainstormed on how to script the basic science textbooks in Hausa. In the near future, by the grace of God, books on Geography and other subjects will follow.

There have been similar initiatives in the South-West. Will your team and the others come together to push for the teaching of sciences in indigenous languages?

Definitely, we shall do so because we have the same target and objective for teaching our young ones in our mother-tongues. One day, we will come together toward scripting textbooks in indigenous language for easy learning. I know some Yoruba experts must have scripted textbooks in Yoruba in the past, but this is the time for us to unite and intensify the project.

When we come together, we will pursue the implementation of the projection to the National Assembly. To this extent, there will be legislation for the English language to be used, as a medium of communication, but not for learning.

The emphasis should be on the sciences because it is the key to development.

During the scripting of the human anatomy in Hausa, a team mate shared an experience with me, saying that each time he taught some subjects in Hausa to his students, they were often excited at the end of the lectures because they all understood what they were taught. The lectures often provoked arguments, which was an indication that then students fully assimilated the teaching. This also pointed to the fact that the use of Hausa in teaching basic sciences is very effective.

I hope that we will start teaching in the mother-tongue in our universities soon. This will be very effective. You do not require the English language to teach some things. For example, the Germans use their mother-tongue in teaching Automobile Engineering, wh