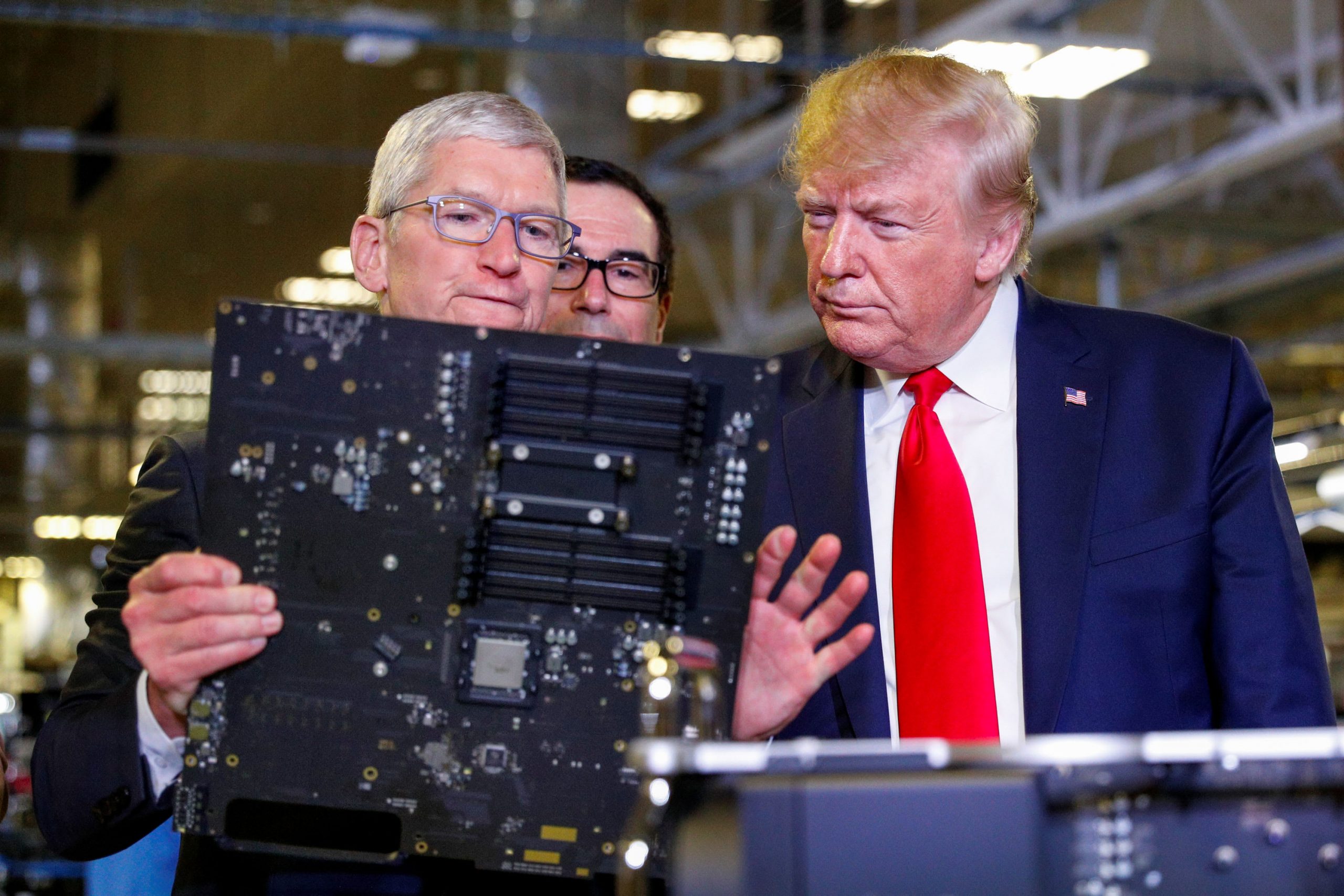 Trump just tweeted a tweet that might escalate a sticky situation into an outright showdown between Apple and the US Department of Justice — by effectively claiming that Apple is refusing to do its patriotic duty to unlock two iPhones connected to last month’s shooting at a naval base in Pensacola, Florida.

We are helping Apple all of the time on TRADE and so many other issues, and yet they refuse to unlock phones used by killers, drug dealers and other violent criminal elements. They will have to step up to the plate and help our great Country, NOW! MAKE AMERICA GREAT AGAIN.

Yesterday, Attorney General William Barr accused Apple of much the same thing, saying that the tech company had provided no “substantive assistance” to the FBI in unlocking the shooter’s phones. But it’s a much more nuanced matter than that.

For starts, Apple claims that it has been continually assisting the FBI with the Pensacola phones, by providing data backed up from the phones to iCloud servers and account information, as we reported yesterday. Apple says it’s handed over gigabytes of data to investigators, and has been responding to each request within hours. Apple also suggested that the FBI seemed to be satisfied until just eight days ago, saying that “The FBI only notified us on January 6th that they needed additional assistance — a month after the attack occurred.”

But it’s also not an easy matter to simply “unlock” an iPhone for the feds — even if Apple has refused to do so in this case, which isn’t yet clear. We learned this in 2016 when Apple actually did publicly refuse to unlock an iPhone used by one of the San Bernadino shooters, leading to a protracted legal fight that ended embarrassingly for the federal government when it turned out the feds didn’t need Apple’s help after all — partly because it paid a third-party for a tool to break into that iPhone, and partly because investigators were able to find the password on their own.

I digress: what Apple claimed in 2016 was that it didn’t actually have the existing ability to unlock a customers’ iPhone for the feds, even if they were an alleged killer, and that Apple wasn’t willing to build a backdoor into every iPhone just to make that happen — because it could potentially create a dangerous loophole that hackers could take advantage of as well.

That said, a poll at the time suggested that most Americans believed Apple should comply with the FBI’s demands, even though a majority understood it might make their personal data less secure. Those are the sympathies that Trump is attempting to draw on now.

According to The New York Times, Apple is quietly preparing for a brand-new legal fight over the iPhone’s encryption standards and the government’s desire for a backdoor, but is also internally frustrated that the Justice Department hasn’t spent more time trying to unlock the shooter’s iPhone 5 and an iPhone 7 Plus — devices lacking Apple’s most sophisticated encryption — with third-party tools. According to security experts who spoke to both the NYT and Bloomberg, third-party cell phone unlocking tools should be able to break into the Pensacola phones as well. Both phones were damaged in apparent attempts to destroy them, but the FBI managed to get both devices to turn on.

The American Civil Liberties Union (ACLU) has issued a statement in support of Apple and the need for strong encryption on personal devices in the US and abroad.

”The government’s demand is dangerous and unconstitutional, and would weaken the security of millions of iPhones,” said the ACLU’s Surveillance and Cybersecurity Counsel Jennifer Granick. “Strong encryption enables religious minorities facing genocide, like the Uyghurs in China, and journalists investigating powerful drug cartels in Mexico, to communicate safely with each other, knowledgeable sources, and the outside world. There is simply no way for Apple, or any other company, to provide the FBI access to encrypted communications without also providing it to authoritarian foreign governments and weakening our defenses against criminals and hackers.”

Apple may have even more at stake now than it did in 2016: increasingly, Apple has repositioned itself as a “privacy” company, as if it’s the only tech company you can trust. You may have seen the ads. And while Apple has stumbled a few times already on privacy, that’s the image it wants to send.

It is true that Apple has benefited from a relationship with Trump, by the way, but not necessarily around trade — unless Trump’s saying that Apple is why his proposed tariffs on phones and laptops keep getting delayed.