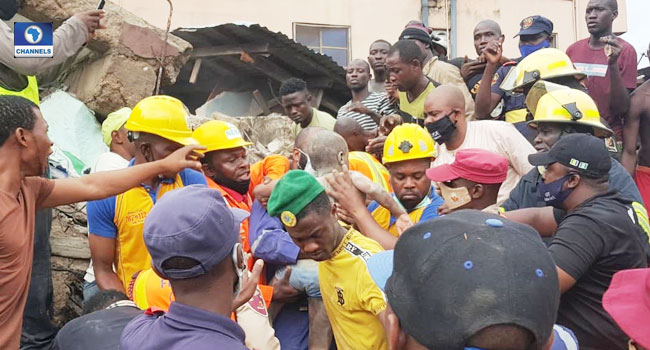 Two persons have died and nine injured following a building collapse on Freeman Street, in the Lagos Island area of Lagos State.

Channels Television gathered that the three-story building collapsed in the early hours of Saturday when the occupants were still asleep.

The Director-General of the State Emergency Management Agency (LASEMA), Dr Damilola Oke-Osanyintolu, confirmed the tragic incident via a statement.

According to him, the remains of the dead victims have been transported to the mortuary, while the nine injured are being administered pre-hospital care by the agency.

The LASEMA boss explained that rescue operations were still ongoing.

Meanwhile, officials of the Lagos State Building Control Agency (LABSCA), Ministry of Physical planning, Nigeria Police among other emergency workers are at the scene of the building collapse.