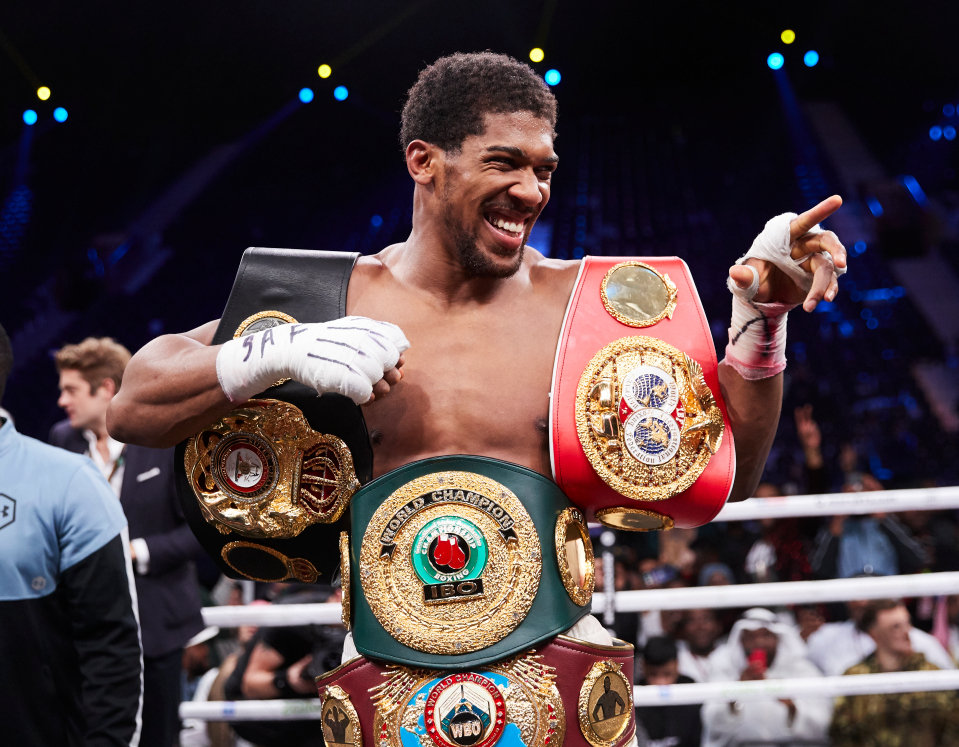 “I think [Fury] might beat Deontay Wilder next time they’re out,” Joshua tells Sky Sports News; “When I beat Wilder, I will fight you AJ, no problem,” responds Fury

Anthony Joshua believes Tyson Fury would accept a fight “faster than Deontay Wilder” and even offered to help his fellow Brit prepare for the WBC champion.

Joshua regained his WBA ‘super’, IBF and WBO belts with a dominant points win over Andy Ruiz Jr in their rematch and remains determined to become the division’s undisputed champion.

Fury is expected to confirm his second fight against Wilder in February after they battled to a draw last December, with Joshua backing his fellow countryman to collect the WBC belt to set up a blockbuster fight in 2020.

“I think Tyson Fury would fight me quicker than Wilder would. If that’s the case, I want Fury to win, because I just want to fight.

“To have that fight here on British soil? Man, can you imagine that?

“Fury, if you need me for sparring, we’re going to fight one day. I’ve sparred Tyson Fury when we were kids anyway. I would go out to America and spar Tyson Fury and get him ready for this Wilder fight.

“I would like that fight, because I think Fury would fight me faster than Wilder would.”

Fury responded via social media: “When I beat Wilder, I will fight you AJ, no problem.

Joshua has been unable to agree terms with Wilder, who produced explosive wins over Dominic Breazeale and Luis Ortiz this year, and ‘AJ’ has questioned why an elusive battle with the American is yet to happen.

“It still puzzles me as to why it’s so difficult to pin this man down,” said Joshua.

“This is the man that I need to pin down to get the last ring, so I can conquer this division, as I’ve set out to do from day one.

“When he’s ready as I am, I would love to be facing off here. Facing off with Deontay Wilder, talking about the keys to victory.

“It’s not even about me now, it’s gone past that. It’s about the sport and our legacy, and I’ve always said, if he wants to create his legacy and be a future Hall-Of-Famer, he should come see us.”

Dillian Whyte has also voiced his desire for another fight after Joshua avenged his amateur loss with a stoppage win in 2015, a challenge which could be accepted by his long-term rival.

“You know I want that fight,” said Joshua. “North west versus south London. It was a great fight, our first one as amateurs. He did really well. I took a pasting.

“We fought again in the pros. Through my dedication and learning, I managed to become victorious and win the British championship.

“Not even give him the opportunity, I’m just ready to fight and defend my titles, so if Dillian wants some of this work, he’s more than welcome to step in the ring with me as well.”