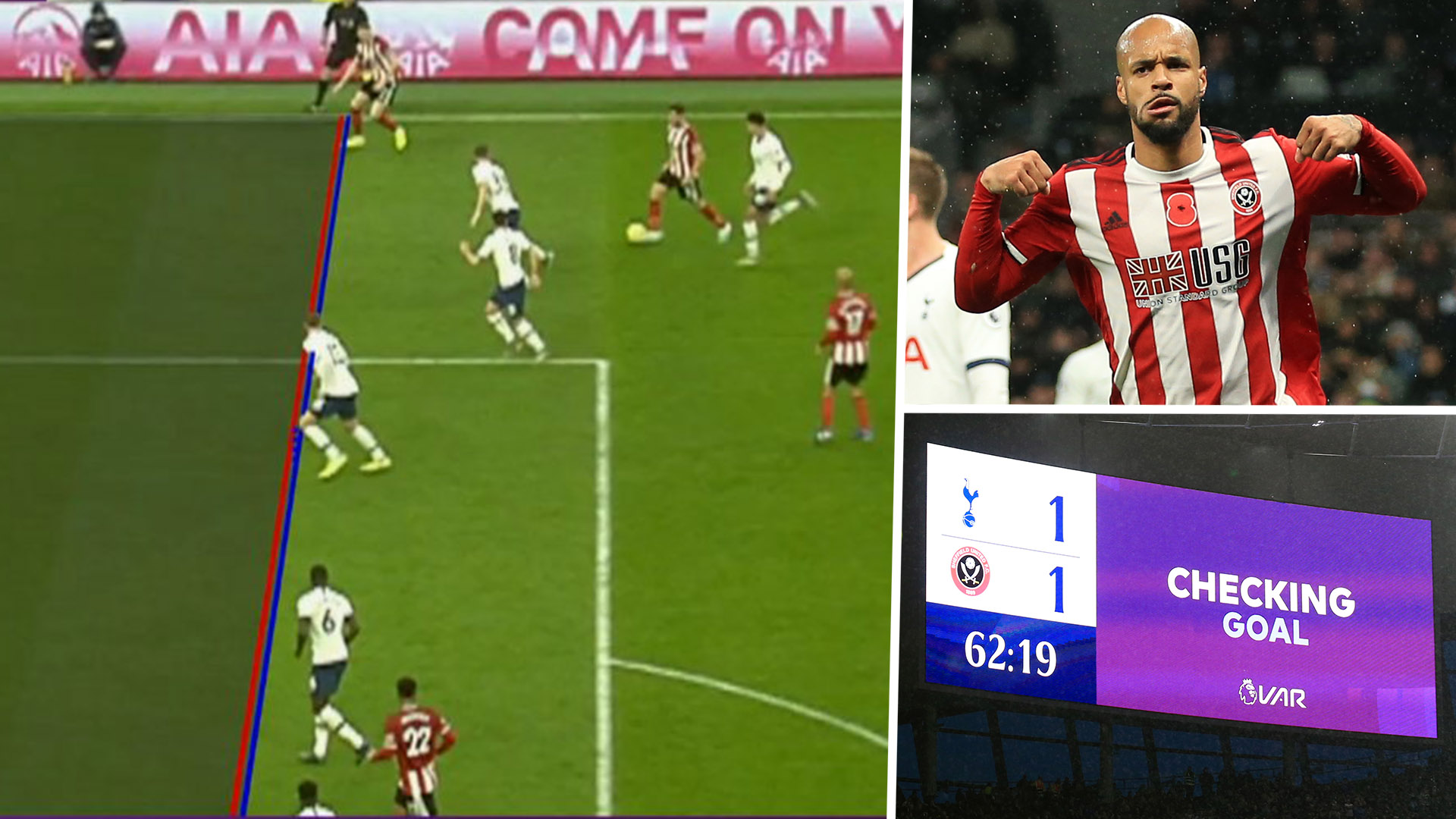 Outraged supporters have hammered VAR after Sheffield United saw a goal controversially ruled out for offside against Tottenham on Saturday.

Spurs took the lead in the Premier League clash thanks to Heung-min Son, who slotted the ball through goalkeeper Dean Henderson’s legs in the 58th minute.

Sheffield United thought they had found an equaliser just two minutes later when David McGoldrick finished off a low Enda Stevens cross at the far post, but the referee called for a VAR review.

After a lengthy delay of almost four minutes, VAR then ruled that John Lundstram was offside in the build-up to the goal, with the decision overturned to deny the Blades, much to the fury of visiting supporters.

The use of the on-screen lines to determine that the Sheffield United midfielder was in front of Eric Dier was widely criticised, with some believing that the markers were placed incorrectly and that the attacking player was actually behind his opponent.

United would eventually draw level through George Baldock in the 78th minute, but the match finished 1-1, leaving fans of Chris Wilder’s side wondering what might have been had VAR not intervened.

The result saw the Blades rise to fifth in the Premier League table, with sixth-place Arsenal facing Leicester at the King Power Stadium later in the evening.

Meanwhile, Tottenham dropped to 12th ahead of the international break, extending their winless run to five matches and heaping more pressure on under-fire boss Mauricio Pochettino.

The debate over whether or not VAR is helping or hindering match officials is sure to rage on after this afternoon’s fixtures, with technology now taking centre stage on a consistent basis for all the wrong reasons.

Former Liverpool defender Jamie Carragher has been among those to criticise VAR recently, with it his belief that it takes too long for decisions to be made once a review has been called for .

Football fans in general are also losing patience with the new technology, with many calling for a swift return to the days of traditional officiating.