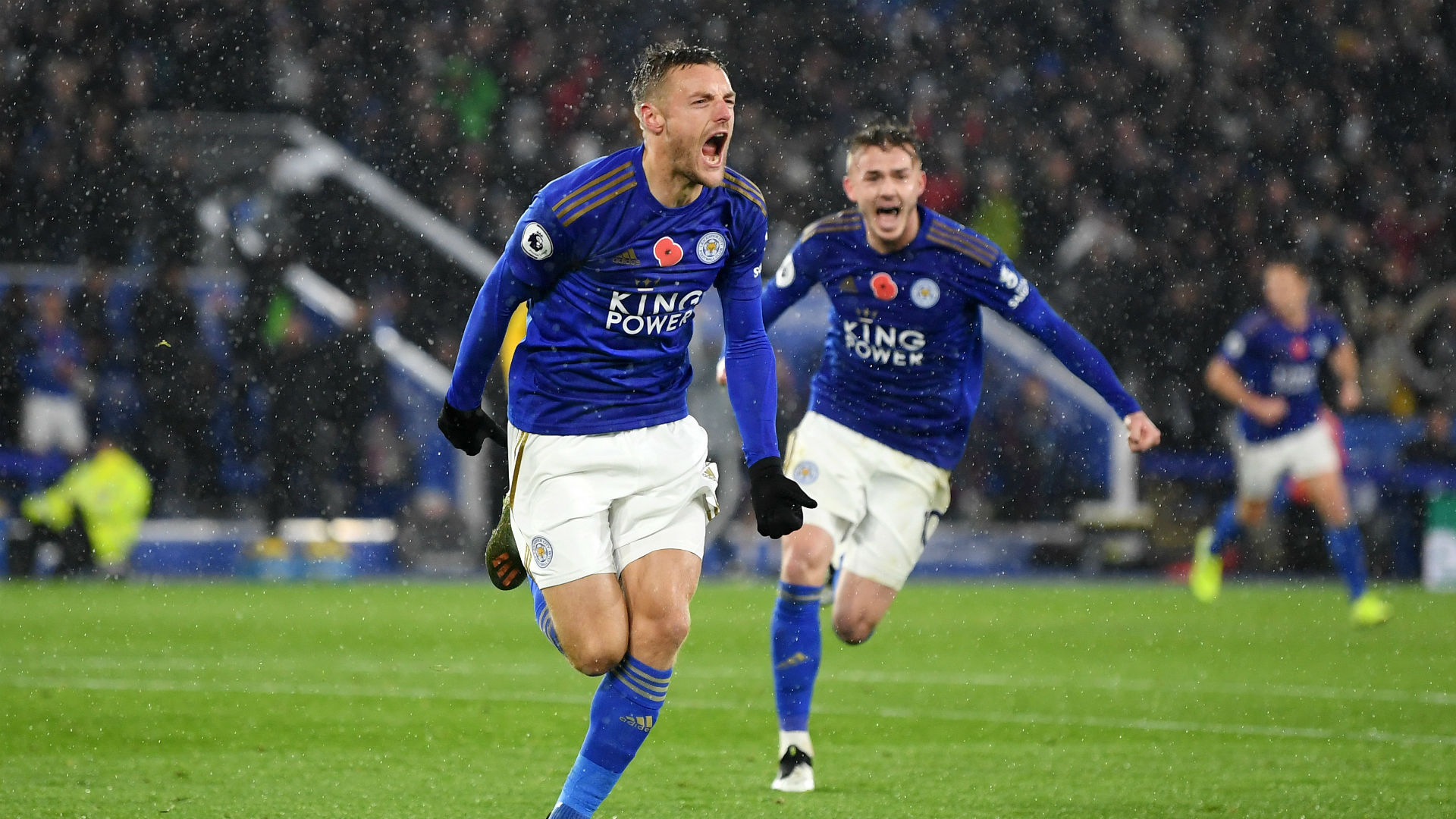 Leicester City moved into second in the Premier League as goals from Jamie Vardy and James Maddison downed Arsenal 2-0 to cap a dominant display at the King Power Stadium.

Heading into Saturday’s encounter in search of a fourth successive league win, Leicester failed to capitalise on some basic errors from Arsenal prior to Vardy’s well-worked 68th-minute strike – his 11th of the season.

Wilfred Ndidi had previously gone the closest to breaking the deadlock, hitting the crossbar early in the second half, while Pierre-Emerick Aubameyang had a goal rightly ruled out for offside at the other end.
Maddison settled the game with a fantastic second, making sure Brendan Rodgers’ side continued their sparkling form and, temporarily at least, slot in behind former employers Liverpool in the table.

Matteo Guendouzi was fortunate to get away with a pull on Caglar Soyuncu early on, while Alexandre Lacazette should have done better with a close-range attempt at the culmination of an Arsenal counter.

Unai Emery’s side proved to be their own worst enemy with consistently sloppy play, and Ayoze Perez should have done better after latching onto Hector Bellerin’s slack pass.

Ndidi looked sure to open the scoring four minutes after the restart only to lift his effort against the crossbar. While Aubameyang had no problem locating the net, a flag for offside came to Leicester’s aid.

There was no hint of doubt when Vardy broke the deadlock, however, with Leicester’s striker turning home after wonderful build-up play involving Harvey Barnes and Youri Tielemans.

Bernd Leno denied Vardy a second, though Arsenal’s goalkeeper was left helpless to prevent Maddison picking out the bottom-right corner of his goal with a superb first-time strike, the Foxes wrapping up a deserved win in style.

What does it mean? Rodgers has the Foxes flying

With just two defeats – at Old Trafford and Anfield respectively – this term, Leicester are showing form more than worthy of a side challenging for Champions League football. They have already scored 29 league goals, the most they have managed by 12 games of a league campaign since 1966-67.

Arsenal reportedly came close to signing the Leicester striker in 2016 – how they must wish they had secured his services now. He has managed nine Premier League goals against Arsenal, while his opener moved him above Tammy Abraham in the scoring charts.

Emery has now managed 50 Premier League matches, but it is still difficult to pinpoint just exactly where Arsenal are heading under the former Sevilla and Paris Saint-Germain coach. The pressure is now on, with the Gunners already eight points adrift of the top four.

The Foxes travel to Brighton and Hove Albion after the international break, while Arsenal are in action against struggling Southampton.