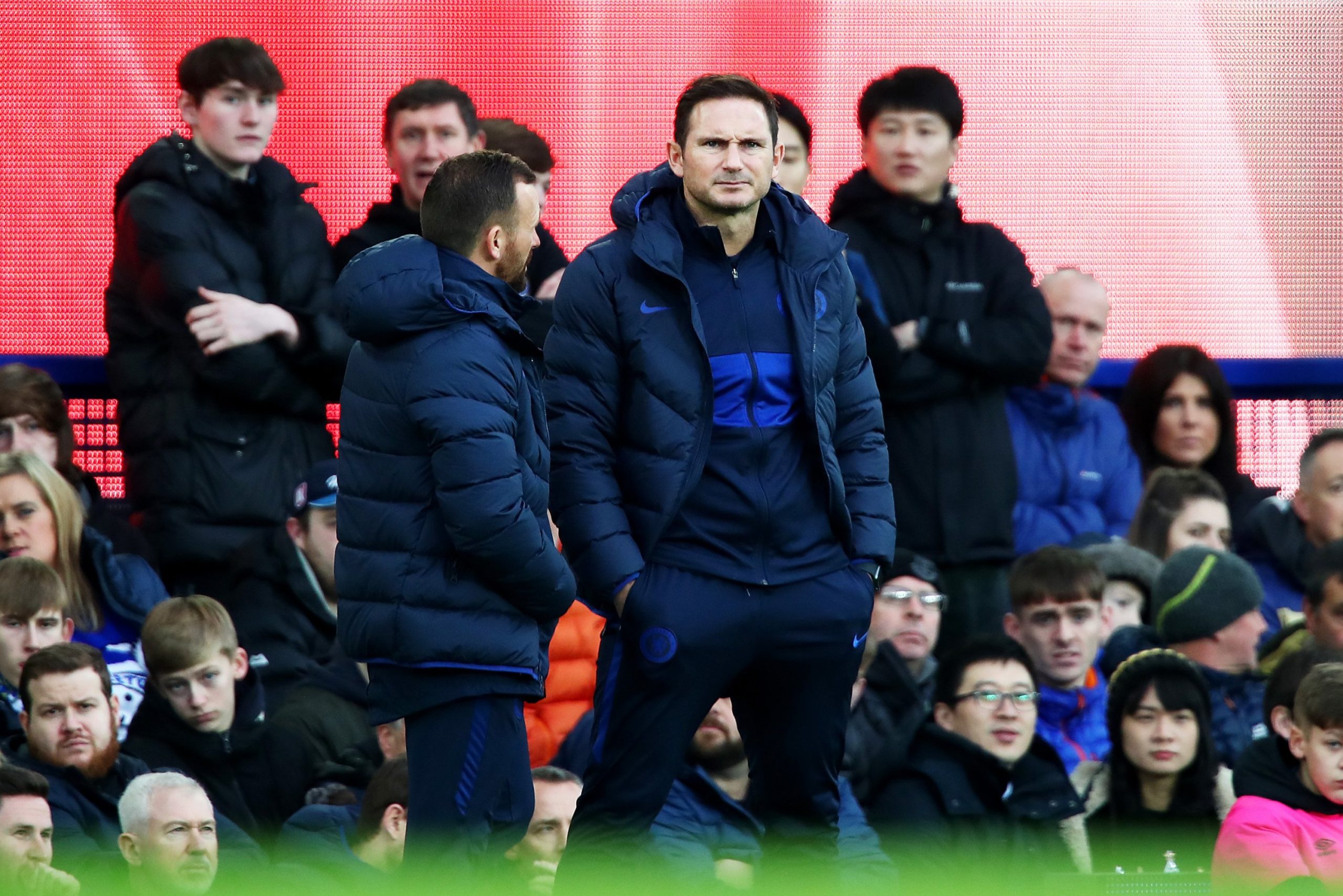 The Blues boss saw his side suffer a disappointing 3-1 defeat on Merseyside, with an error-strewn display showing how much work they still have to do

Frank Lampard was left less than impressed by the “sloppiness” of his Chelsea side during a 3-1 defeat at Everton.

Having secured a standing inside the Premier League’s top four and seen a transfer ban lifted, the mood among the travelling party from Stamford Bridge was buoyant heading into a trip to Merseyside.

Chelsea were, however, sent back to west London with their tail between their legs as Duncan Ferguson enjoyed a dream start to his reign as Everton’s interim boss.

The hosts opened the scoring inside five minutes on Saturday, with two goals from Dominic Calvert-Lewin ultimately seeing them to a morale-boosting success.

Lampard admitted afterwards that his side, who have earned plenty of plaudits this season, were well short of their best and made life far too easy for the Toffees.

He told BT Sport: “We gave them three goals.

“I suppose the first goal will be seen as a good goal from their point of view but we know Richarlison’s good in the air, he scores a lot of goals and we didn’t deal with it.

“Then when you give Everton that goal to hang on to, we gave ourselves a problem.

“We didn’t create enough chances and we didn’t want to shoot enough, we dribble into their box and we try and beat someone else. We need to shoot more.

“And then the other two goals were just really poor from our point of view.

“You dominate a game with possession, you play a team that play with a lot of fighting spirit in the moment when they’re fighting for their interim manager and for themselves and we’ve got to do more.

“I think we matched them on the work rate. Work rate is one thing, I expect us to match everyone in this league on that, but sometimes physical contact is another.

Chelsea will be in a position to bolster their ranks again in January, with a two-window embargo having been cut in half, and Lampard admits that they still have much to learn.

An exciting young side has enjoyed plenty of highs in 2019-20, but a disappointing showing at Goodison has given them food for thought.

“If there is evidence in a game, in one little package, that shows how far we still need to go, I think it was today.

“We got in their box so many times and score one goal in the game. They get in our box a few times, but through our own sloppiness they scored.”