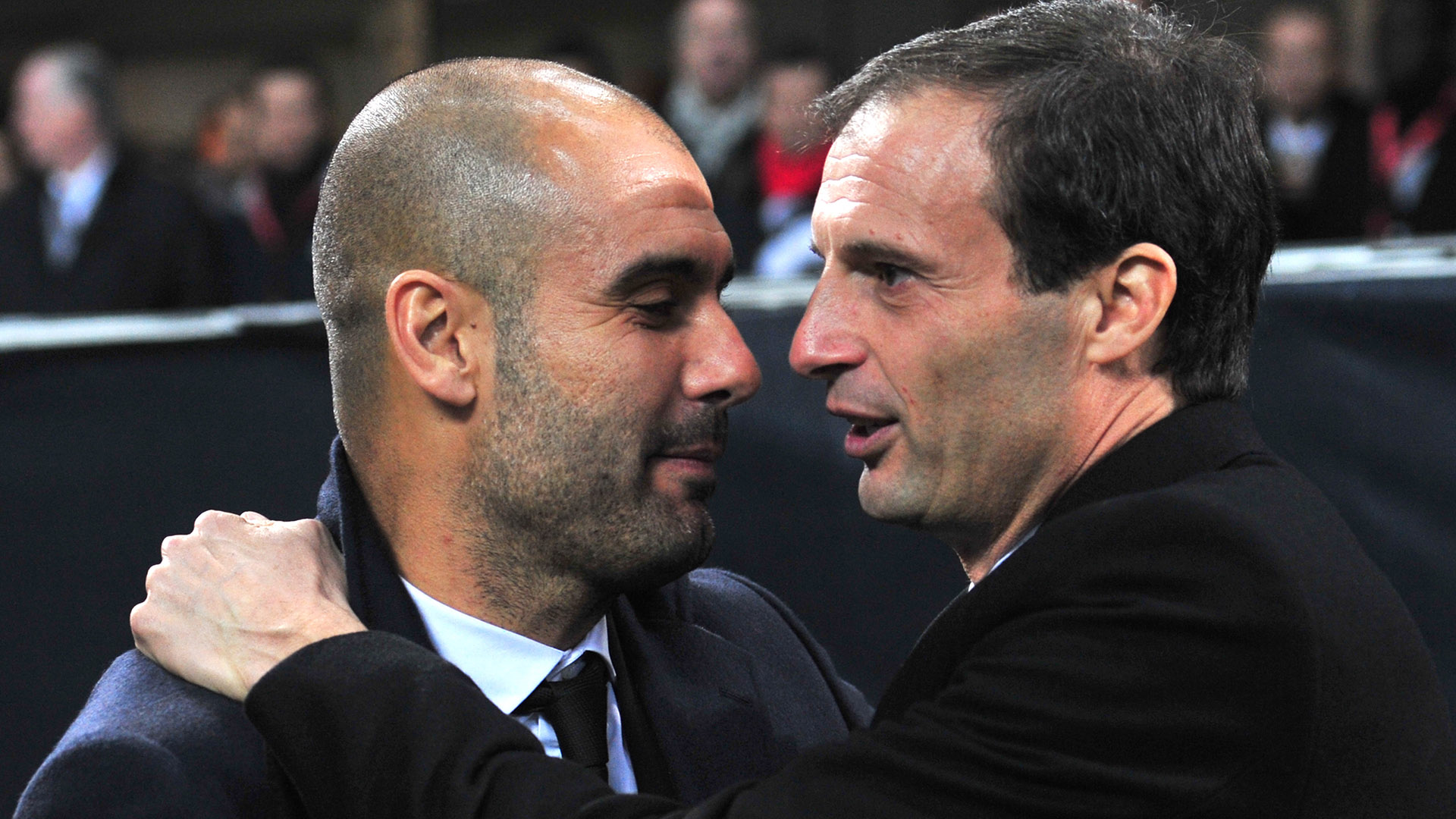 The ex-Juventus boss does not think that the Manchester City manager’s style of play, first introduced at Barcelona, is for everyone
Pep Guardiola’s ‘tiki-taka’ philosophy mastered by Barcelona “was not for everyone”, according to Massimiliano Allegri, who has been pleased to see the art of counter-attacking revived in recent times.

Between 2008 and 2012, Guardiola moulded one of the greatest teams in history while in charge of the Catalans, with the likes of Lionel Messi, Andres Iniesta and Xavi at the peak of their powers.

The Blaugrana won 14 major trophies during that period, including three Liga titles and two Champions League crowns, breaking all kinds of records in the process.

Guardiola was hailed a visionary for his preferred style of play at Camp Nou, which he also implemented in three years at Bayern Munich before joining Manchester City in 2016.

Under his stewardship, City have won two Premier League crowns in three years, but their progress has stalled somewhat in the first half of the current campaign.

Runaway leaders Liverpool are 11 points ahead of City in the English top-flight after 15 fixtures, with Jurgen Klopp’s side making significant strides forward following a European Cup success back in June.

The Reds have received widespread praise for their direct, free-flowing approach, which has also been adopted by elite clubs across Europe in recent times.

Even Barcelona have ditched their methodical, possession-based style to some extent, with more focus placed on getting into goalscoring positions as quickly as possible.

Allegri, who left his previous post at Juventus back in May after overseeing a fifth successive Serie A triumph, thinks football has moved on from Guardiola’s model at Camp Nou, which he sees as a positive.

“We mistakenly followed Guardiola for 20 years. Guardiola’s football was not for everyone. You have to have Iniesta, Xavi and Messi. We took a subject that related only to them as a lesson for everyone.

“When I hear [Arrigo] Sacchi talking bout keeping the ball and having pro-active attitudes, I don’t understand what he’s saying and it annoys me. Why should playing vertically not be pro-active football?

“I saw the games of Sacchi 20 times. I remember the one at San Siro in which Milan scored five goals against Real. They played direct. It was a vertical Milan, counter-attacking, which is not easy to do but when you manage it, it’s a great spectacle.

“Today I travel around, I see boy’s football, amateur football, I speak with the coaches and I hear things that scare me. They speak like printed books, like televisions. If the philosophies are good, why not use them? The problem is the result, which is the reality.

“Do they obtain results or not? Roberto Mancini (Italy’s head coach) is now another person. He’s become severe, serious… Now he speaks about football with everyone. He plays simply. He’s a maestro. While ours is a word of professors.”

Allegri has been heavily linked with a return to top-level management at Arsenal, who are currently on the lookout for Unai Emery’s permanent successor at Emirates Stadium.

The 52-year-old has admitted to undertaking English lessons in Milan, but has no plans to get back into coaching until next season, with Bayern Munich also thought to be monitoring his situation.