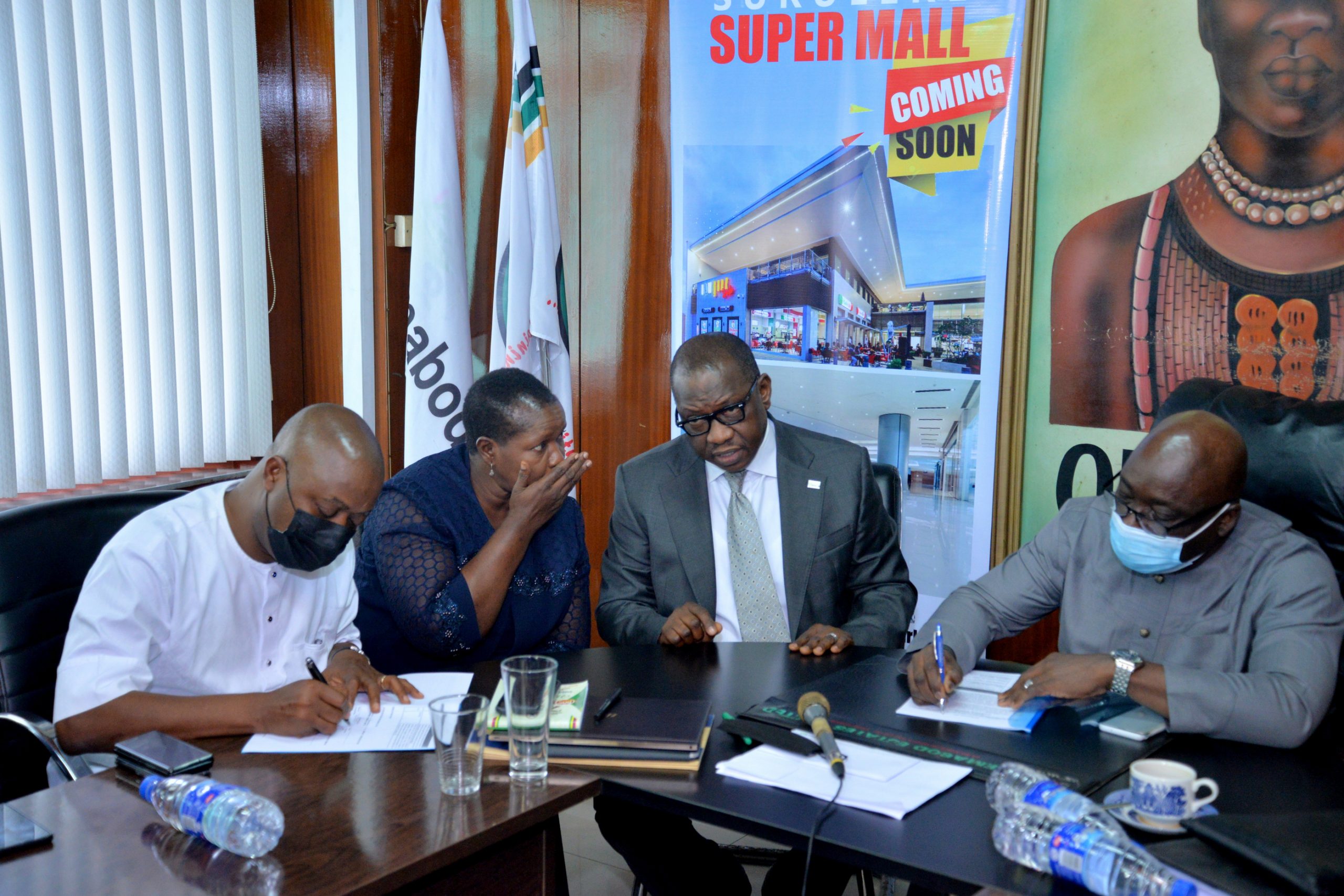 On 15th September 2021, Wemabod Limited signed a development agreement with Median Infrastructure development company for the Development of a land measuring 4426.45 Square meters, formerly known as Super Cinema and more recently as Super Plaza, along the bustling Akerele Road, Surulere, into the Proposed Super Mall.

It was noted by Wemabod Limited Managing director Mr. Yemi Ejidiran, MD Wemabod Limited in presence of Chairman Arc. Dunni Opayemi and the Board of directors that Super Mall would fill the absent gap of a retail mall, serving that specific and significant Lagos axis.

WEMABOD intends to redevelop the property into a modern edifice that will cater to the commercial retail and entertainment/ recreational needs of its captive environment and the entire Surulere at large.

The development is a Joint Venture development that is expected to be a retail and commercial mall. It is expected to comprise of Shops with prominent anchor tenants, pharmacy, cinema, lettable office spaces, food court, restaurant and Bar, lounge, Line Stores and Outdoor Terraces. It has parking for over 100 cars and access to the site is easy from both the University of Lagos end and the Surulere Stadium end.

Median Infrastructure development company is very well versed in the Development of shopping mall with track record of doing same at Owerri Mall, Delta City Mall, Asaba Mall, Uyo Mall and the upcoming Super Mall with a lettable are of 11,000square meters to be added to their profile. They have built similar structures totalling over 40,000 Square meters of Lettable Space at the different Malls. The upcoming Mall is user friendly and takes into cognizance access for the disabled and designed to minimal reduce touch surfaces interaction because of the pandemic.

The Super Mall project was conceptualized in 2020, generally due to the absence of modern formal retail channels in Surulere and it’s environ. The mall was born out of Wemabod desire to create a destination point for Lagos State residents around Surulere, to have an experience of a formal shopping mall.

The Mall when completed is expected to further stimulate night life and commercial activities in the host environment. It will provide thousands of jobs for the formal and informal sector. It is a huge contribution by Wemabod to stemming the tide of unemployment within the society.