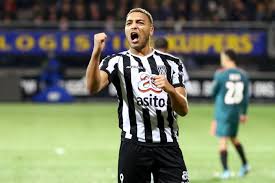 Currently sitting atop the Dutch scoring charts, the 25-year-old provides an intriguing option in attack for the Nigeria national team

What’s that thing they say about buses and ketchup? You shake and you wait for an age, and then comes a glut.

It seemed, following Odion Ighalo’s retirement announcement in the aftermath of the 2019 Africa Cup of Nations, that Nigeria was set for a fallow period upfront. The Manchester United man (that takes some getting used to still) himself had to weather quite a bit of public scepticism to lead the line for the Super Eagles, and his Golden Boot turn at the Afcon served as the perfect mic drop moment, a final riposte to the critics that so mercilessly maligned him.

Where then was reprieve to come from?

Victor Osimhen, who had gone into the tournament as his understudy, played one half of football in Egypt, and despite the excitement that had accompanied the decision to name him in the squad, offered little to indicate he was ready to have the torch passed to him.

Since then, he has thankfully made a quantum leap, rising to the occasion and fronting the Super Eagles attack with aplomb while hitting double figures for goals for Ligue 1 side LOSC Lille. However, even beyond his own maturation, there have arisen a couple of different options, from Bordeaux’s Josh Maja to (latterly) a reborn Kelechi Iheanacho.

The latest, and most intriguing, is 25-year-old Cyriel Dessers, who holds Belgian citizenship but is eligible for Nigeria through his mother, and who is presently atop the scoring charts in the Eredivisie.

The Heracles Almelo striker has made no secret of his desire to play for the Super Eagles, and according to reports now holds a Nigerian passport. That makes him eligible for selection for March’s 2021 Africa Cup of Nations qualifiers against Sierra Leone, should coach Gernot Rohr elect to invite him.

There can be no arguing he does not deserve it: over 24 appearances this season, he is averaging 0.63 goals a game, a better ratio than either of Osimhen or Iheanacho, and at the weekend he proved his ability to decide big games, slamming home a finish against giants Ajax to prune their lead at the top of the league table to three points.

While it is perfectly justifiable to be wary of the overall quality of the Eredivisie, this season has marked an undeniable improvement for Dessers, who joined Heracles last summer.

That move came at the prodding of Nigerian officials – they were impressed by his enthusiasm for an international career in green and white, but were also concerned at his lack of game time at Utrecht, where he only managed three starts last season.

It was quite the comedown for a player who, three years ago, caused a stir in the Dutch Eerste Divisie, scoring 22 goals for NAC Breda to help them gain promotion. That earned him a move to Utrecht, but he struggled within a team culture that, according to him, was more star-driven. “There was more of a hierarchy,” he told Voetbal International. “Everyone was looking for a place on the ladder.”

Eventually, an unorthodox arrangement set him free; Heracles sent striker Adrian Dalmau to Utrecht, and got Dessers in return.

In Almelo, he has found a good lease of life, and enjoys the confidence of boss Frank Wormuth, who lets him run a little less, allowing him to concentrate his energies on movement in the final third. He has also encouraged a more instinctual style of finishing – according to Dessers, the German manager has urged him to “not think too much, especially in the penalty area.”

However, while his winner against Ajax seemed very route-one, there was some deliberation to it. Dessers, while not the tallest, recognized his physical advantage over Daley Blind in the heart of the Ajax defence, and played on it to break the deadlock.

“I told him (goalkeeper Janis Blaswich) to play the ball to the right, and he listened,” he said of the goal afterwards.

That is what the Super Eagles would be getting: a player well aware of his strengths, and unabashed in his exploitation of them. Not the quickest, Dessers does still possess decent pace, and puts himself about physically to unbalance defenders, often subtly leaning into them on jumps or holding them off with his upper-body strength.

Technically, he also offers the benefit of being comfortable shooting off either foot: of his 15 goals so far, he has scored nine with his right foot and six with his left, which is an equitable split.

It will be interesting to see how he is utilized if he eventually gets the call-up he undoubtedly deserves. While the methods differ, he and Osimhen broadly seek to do the same things, even though the Lille man has developed his link-up play a great deal this season. That would make the prospect of a partnership less than ideal, and ultimately should mean Osimhen keeps his place as the starting striker.

However, as a stand-in, Dessers offers the closest approximation of what the Lille star gives the Super Eagles in terms of occupying defenders and turning chances into shots quickly. That makes him valuable as an option within a set-up that, since the Afcon, has developed greater cohesion collectively through players understanding their individual roles.