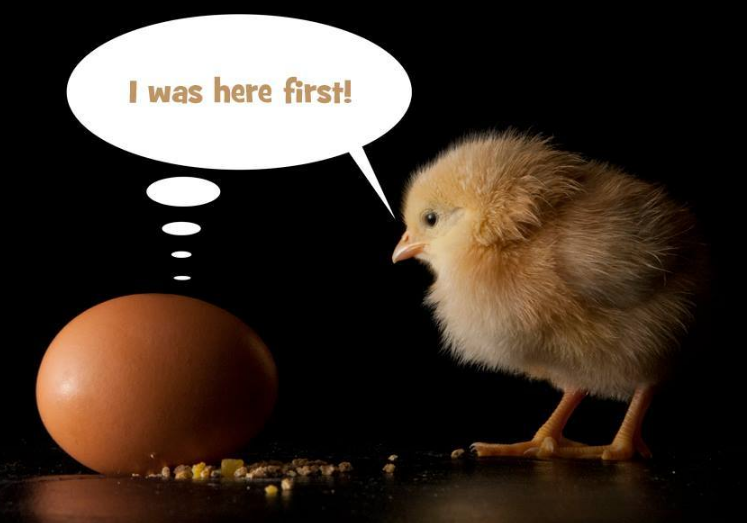 Which one actually came first, the hen or the egg? There is a School of thought that the People are misbehaving because the System permits it & there’s no consequences for wrongdoing hence the People shouldn’t be blamed but the System.

There’s another School of thought that said the People make the System INEFFECTIVE because if the system wants to punish wrongdoing at all, it is the People that will cry foul again with sentiments of religion, region and ethnicity.

The System is not shutting down itself, the people shut every system down. THE PEOPLE SQUANDERED everything, then dare the consequence the SYSTEM will bring their ways. Have you seen analysts on TV Stations who had worked in Government before?

You really want to know who should be blamed between the System or the People? A simple experiment:

1. How long will it take you to process the file on your table NOW meant for Nigerians, I mean your neighbors? Who should we blame for that? The System or The PEOPLE?

2. If there is any delay in processing that file that will affect Nigerians, who should we blame, the People (YOU) or the SYSTEM (OFFICE/Agency)?

3. Who is DELAYING the promotion letter of a Nigerian, right on your table? The System or the People?

4. Who is protesting on the street and on Social media about why the System should look away from punishing people as the consequence of their previous actions?

5. If you have been to an environment like UCH Ibadan and seen FRUSTRATION while running up and down, who was ensuring that things wouldn’t run smoothly, the PEOPLE or THE SYSTEM?

Have you seen those top management staff of “OLD NEPA” speak on air? Most of them have mansions, and unexplained wealth. Ask them how they got everything outside their legitimate earnings, you will hear “Na God do am for me”.

They know what ought to be done to make the system they worked with work but they suddenly woke up to tell you how it ought to be. If it was how it ought to be, would you have built your mansions and scam us with “na God do am”? The System or the People?

Is it not the people that corrupt the System, so why should we blame the System that the People destroyed? I saw an office in Ibadan shut down. This office used to belong to Startimes but the people working there ruined it.