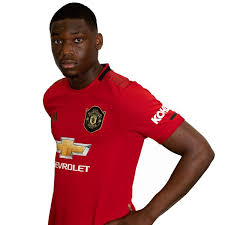 Ole Gunnar Solskjaer has been keen to introduce young players and has thrown four more into the Man Utd first team set up for training.

Like regular centre-back partner Bernard, Mengi came in for praise after United’s EFL Trophy victory over Lincoln, which like many of their displays in the competition this season, was built on a solid defensive performance. The two have been hugely impressive for the Under-23s this season.

Mengi is still only 17 and, having signed his first professional contract earlier this season, is already turning heads at Old Trafford, with many rating him very highly.

He’s regularly worn the captain’s armband for various United youth teams. He’s a local lad — although he was born in Kaduna, Nigeria — and there’s genuine hope he could be the next homegrown defensive talent to tread the same path as Axel Tuanzebe, following Lee O’Connor’s departure to Celtic.