National Assembly members of the 9th NASS seem to have more passionate people than the past in my own estimation.
Having said that, it’s becoming obvious that this 9th NASS may also go the way of the past IF care is not taken.

No matter what you do in the National Assembly @nassnigeria, one thing you will never logically justify is your take home.
Thank God Honourable @akinalabi already gave us the breakdown as he promised before joining THEM.
As much as it will be nice to appreciate such people who engage, questions arise and such questions beckon for answers.

According to @akinalabi Member House of Representatives, Honourable Akin Alabi, (APC) representing Egbeda/Ona Ara federal constituency in Oyo State, The total a lawmaker will be getting at the National Assembly, plus salaries (basic salary is ₦700,000),….plus EVERYTHING will average out to about ₦9 million monthly in TOTAL. Did you say ₦9 MILLION MONTHLY?

Remember the shock we had when ₦13.5 million RUNNING COST that Senators do get to RUN broke out from Senator Shehu Sani?
Yes, they USUALLY get ₦13.5M to RUN for NIGERIANS….
Who can explain this? They don’t know. The Revenue Mobilisation Allocation and Fiscal Commission RFMAC pushed us to NASS Commission…Who dem be?

EX-Senator @ShehuSani said they got ₦13.5M MONTHLY to RUN…..
Good as that looked like, nobody among them said he didn’t collect it either in APC or in PDP…..Wait, did Ben Bruce also collect this RUNNING COST ALLOWANCE? What were they RUNNING?

Somebody analysed this pay of NASS by saying 109 Senators and a 360-member House of Representatives to pocket 191,954 civil servants’ monthly salaries.
The question today is WHO WILL MAKE THE FIRST MOTION in the 9th NASS FOR THE PEOPLE?

Speaker Dimeji Bankole in his 30s led the NASS, went ahead to borrow ₦10 Billion on behalf of Nigerians & shared it among NASS members 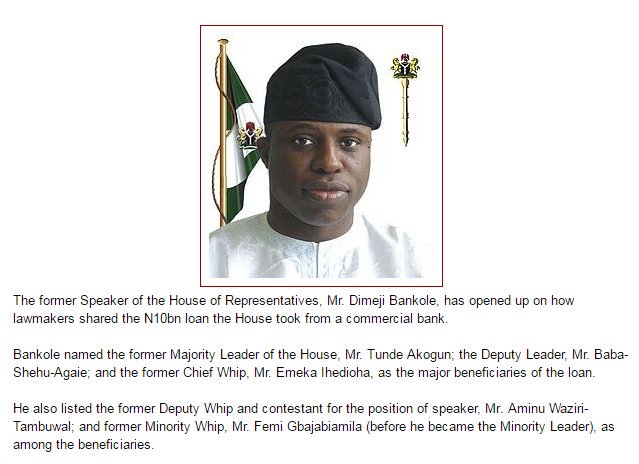 Tell me we are not mad in Nigeria long time ago….#NotTooYoungToRun won’t change kobo.
Who will make the 1st motion for us?

That ₦10B loan Dimeji Bankole took then, what was it used for and who paid back?
These are issues that the 9th NASS are already enjoying as DIVIDEND of DEMOCRACY…
The question is WHO WILL MAKE THE FIRST MOTION for NIGERIANS?

Dimeji Bankole insisted that his quarterly allocation was ₦100M and also stated how NASS members had their take home increased…..That was 2011 o, this is 2019.
Who will now make the first move for Nigerians?

Let’s keep it at ₦9M that @akinalabi said as their MONTHLY TAKE HOME in a Nation struggling with ₦30K minimum wage.
Let’s not even talk about the ₦13.5M RUNNING COST that @ShehuSani exposed. Don’t tell me it is LEGAL, the question is what makes it LEGAL?
Do I need to ask MORAL?

I know you will shout “how about the executive”?
That’s your headache, go and make your article on that ON OUR BEHALF.
The executive does not go on break, but please go ahead & help us with their take home.
My own article is on NASS, what can we use to justify this ₦9M MONTHLY?

One day as usual, Ben10 (Senator Ben Bruce) was trying to make common sense by comparing Nigeria and Rwanda. This local man Dr @fimiletoks on twitter took a little time out to teach him common sense.

I once tweeted around June that the 9th NASS will also take their own cake by buying the best of automobiles.
The ones bought before now, where are they & who STOLE them?
NASS checkmates the Executive budgets,
WHO REGULATES NASS BUDGET? NOBODY.

If I were to lead the workers Union in Nigeria, the protest will be very simple, yet effective.
The demand will be straight & simple:
NASS, don’t cut your ₦9M monthly, simply PAY Nigerians with the same qualification the same amount you collect based on the same parameters. Abi?

Don’t give me any nonsense analysis, the best of brains in the industry as at today are still far from collecting ₦9M monthly and I’m not talking about CEOs and Adenugas or Dangotes…..I am talking about Nigerians who give so much to the system also.
Who will ever pay SOLDIERS?

Yes, @PoliceNG are doing babiala with Okada daily but, come to think of it, will @PoliceNG descend so low if they are paid same package like NASS members too?
Who will pay @HQNigerianArmy @NigeriaAirforce officers ₦9M for facing Boko Haram monthly?
Who will raise the MOTION?

The same NASS will be quick to jump out and play to the gallery when the Executive arm is looking for means to generate more income to take care of our humongous needs, will any of you move the motion to reduce your ₦9M & cut the ₦13.5M running mad?
WHO WILL MAKE THE FIRST MOVE? 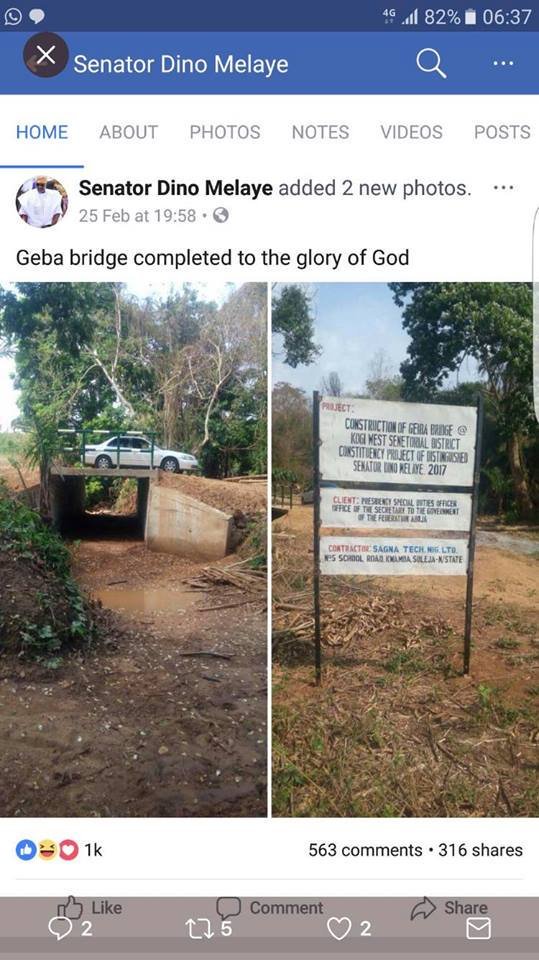 Who will move the first motion in the 9th NASS on behalf of the people?
Who will change the narrative positively?
TIME TO THINK!