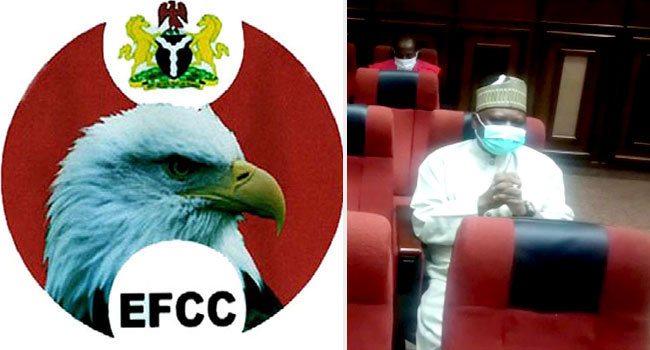 During cross-examination, the first prosecution witness, Tahir Umar Tahir told the court that of the of N359million approved by former President Goodluck Jonathan for the nationwide sensitisation and enlightenment of Muslim Youths Against hate speech and religious intonations, only N200million was released to him by Turaki.

During cross-examination by the first defence counsel, Joe Kyari Gadzama SAN, Tahir told the court that though he was aware that N359 million was approved for the project by the then President Jonathan, only N200 million naira was released to him by the minister, stating that “I am not aware of this amount (N359 million), being released for this project. I only know what was given to me.”

Gadzama in its cross-examination sought the witness to clarify the extent to which he carried out the sensitisation programme, billed to cover the entire country, to which he stated that he started out in Akwa Ibom, South-South, did in the South-East, Abuja and Kaduna, stating that he had handed over the records and videos of the sensitisation activities in these locations to the EFCC.

When asked what he did to ensure that he got the balance from the approved N359 million, since he only received N200 million, he informed the court that he approached Turaki for the balance to which he said the minister told him the funds would come in tranches but that he never got the balance till they left office.

The trial was adjourned till September 22, 2020, for further cross-examination of the witness.

Turaki is being prosecuted by the Economic and Financial Crimes Commission, EFCC on a 16-count of fraud and misappropriation to the tune of N714,670,014.87 ( Seven Hundred and Fourteen Million, Six Hundred and Seventy Thousand and Fourteen Naira, Eighty- seven Kobo).