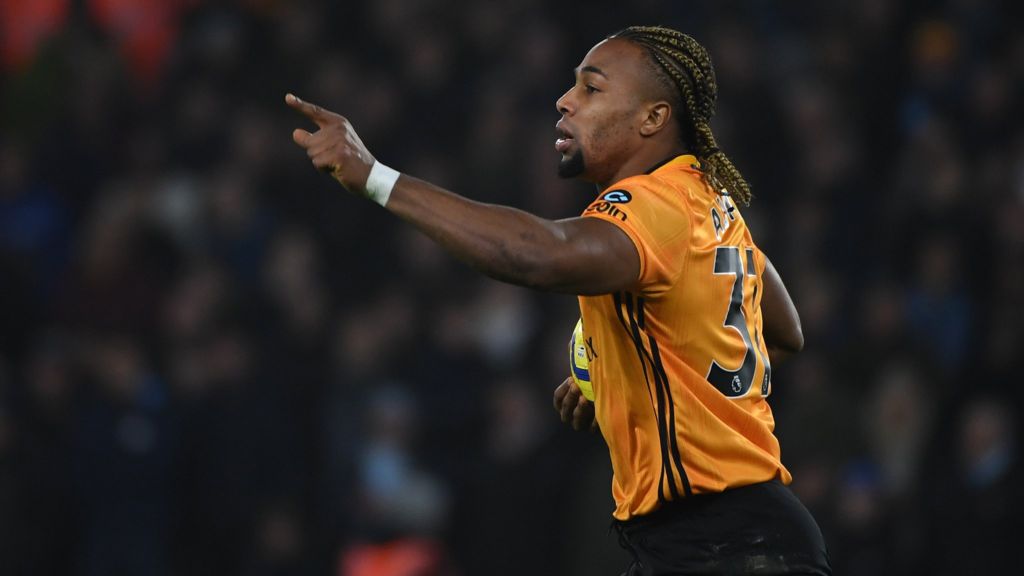 Wolverhampton Wanderers winger Adama Traore has expressed his delight with the chance to play for either Spain or Mali but he is yet to make a final decision.

The versatile player was born in Spain to Malian parents which makes him eligible to feature internationally for either of the countries.

Traore has been in spectacular form for Wolves lately and hopes to continue his performances to bolster his chances of representing either the European nation or the West Africans.

“My mentality is to work for the team and the performance for the team gives me half a chance with two international teams and I am happy for that,” he told BBC Sport.

“I am grateful [to have the chance] with the two international teams – Spain where I was born and Mali where my origins are.”

There were reports in November that the former Middlesbrough man had pledged his allegiance to Mali after a photo of the forward appeared on social media where he held the Eagles shirt.

Subsequently, Spain handed a late call-up to the winger for their Euro 2020 qualifiers but he could not honour the invite owing to injury.

“About Mali, they came to my house. We spoke and after that, the guy posed for a picture giving me a Mali shirt” he said.

“With Spain I didn’t go because I was injured. When the time comes, you will see which team I decide. But if Spain come again I will be in a position to go and train with Spain.”

Traore, who has played in several positions for Wolves this season, has made 20 Premier League appearances, scoring four goals.

“I am happy definitely. The happiest I can be is when we win games,” he continued.

Traore played for Aston Villa and Middlesbrough after arriving from Barcelona in 2015 before teaming up with Wolves in 2019.

“Few people will say maybe I had a tough time with different teams like Aston Villa and Middlesbrough but in each situation, I tried to take the good things,” he added.