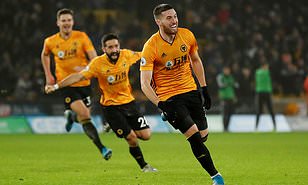 In total, Traore has notched five goals and provided seven assists in 28 appearances across all competitions this season.

The winger will hope to continue the blistering form when fifth-placed Wolves take on champions-elect Liverpool on Sunday.